I am excited to celebrate the 4th of July.

I have three American Flags in my office. The first one on the right was over the Supply Depot in Hue Vietnam on January 31, 1968. The second flag has a story.  My Dad would put in reports of what was been transported by supply and when.  The Marines found a similarity, if they were hauling weapons and ammunition the convoy would be attacked.  If they were hauling food or other supplies there was no attack.  So my Dad flipped the reports and surprise a convoy of food supplies was attacked.  The Marines ran out of ammunition and started throwing eggs.  There is some egg on a star in the field of this flag.

The third flag covered my Dad’s coffin shortly after January 31, 1968.  An account by one of his men: 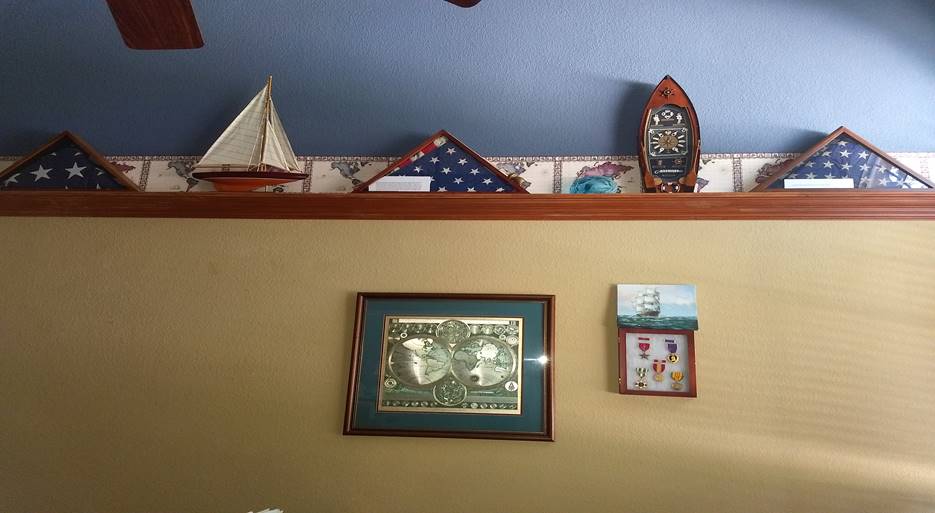 Bill Hill fellow marine 1/67-1/31/68 6 northbrook way greenville, sc 29615 uas Courageous Marine and Person Please allow me to regress about S.Sgt. Hoover. I do this in great respect and would like his family to hear how I remember him. The time was about1300 as I recall and I was an 0331 attached to FLC as security for convoy's in and out of Hue in particular convoys picking up munitions and troops at the ramp on the south side of the Perfume River. S.Sgt. Hoover was the NCO in charge and was a Marine's MARINE. We started taking small arms and mortar fire and it obviously directed at S.Sgt. Hoovers corner of Viet Nam. We had the truck drivers attempt to bring their trucks closer to the ramp to suppress any fire that we could. S.Sgt. Hoover, realizing that the big "6 bys" with our ring mounted 50cal., would be immediate targets refused to allow us back on the loading ramp. S.Sgt. Hoover sent us back south on highway 1 telling us that we would be needed there for forward movement of the grunts. We followed S.Sgt. Hoover's orders and ,in fact, were sent back to PhuBai combat base to transport what I remember being part of 3rd Recon(it has bee 33 years so I may be wrong). It was around 1730 by time we got back to the Perfune River loading ramp. We then went looking for S.Sgt. Hoover. This is when we found that he was KIA. My last picture of S.Sgt. Hoover was when I looked back from the ring mount and saw him directing what troops he had to safety. That is how I hope any family or friends of S.SGT. HOOVER will also remember him In his honor, I believe the Staff NCO's and Officers named their club after him. I am very sorry that it took me so long to find this site. Gods Speed and Semper Fi for S.SGT. HOOVER

Respectfully, William Hill  Thursday, September 27, 2001 I am excited that there are men and women around the world who are intelligent, cleaver, resourceful and realize there is something greater than themselves to defend.  Thus we have a great country.

Return To News
Write a review